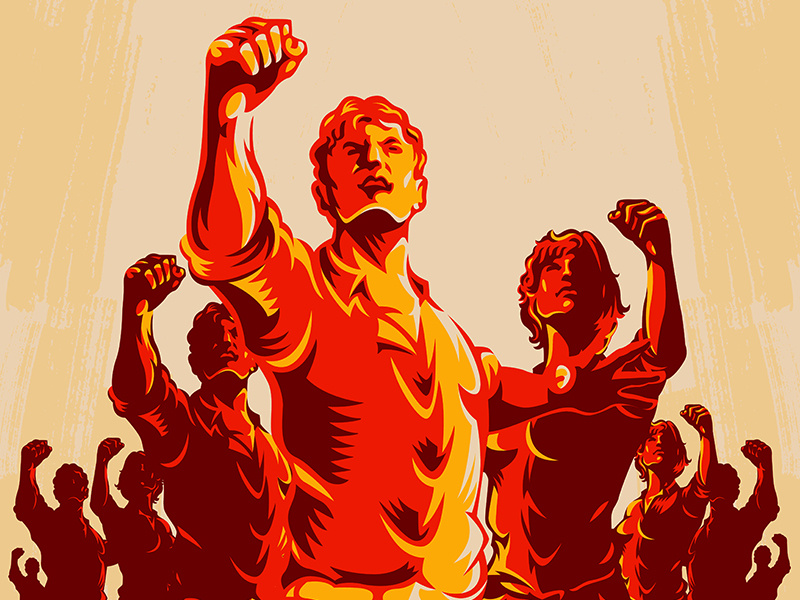 Covid-19 has put the future of humanity itself at stake, while Capitalism is at war with the society even now. What has been proved is the urgent necessity of a mass political movement of the working class against capitalism; a direct frontal assault on it in addition to immediate demands for the survival of the working class from hunger and diseases. What we are witnessing is nothing but the consequence of a society organized on the basis of profit and a society in which a few individuals (in single digit!) own more than what half of the entire population has. The pandemic has laid bare the inescapable necessity of a fundamental restructuring of society. Once again in the history of mankind, it has been proved that human progress and security is inseparable from the struggle against inequality.

Comrades! The novel corona virus pandemic is developing into a social, economic and political crisis on a scale that is without precedent. It has profoundly disrupted the existing world capitalist social order. Just estimates of the scale of deaths from the Covid-19 illness are causing widespread anxiety. Millions may die across countries. Many, such as Iran and Brazil, have reportedly begun digging mass graves.

It is now clear that this pandemic has exposed the inability of the capitalist system to deal with such a crisis. Capitalist governments throughout the world have responded with a staggering level of incompetence and disarray. Public health care systems, starved of resources, have failed. The complete incapacity of the developed countries, such as the United States, to respond to this emergency is an indictment of the entire capitalist economic system whose motto is: If the accumulation of our billions requires the death of millions, so be it.

That is why all policies in capitalist countries have been based on the private enrichment of the oligarchs at the expense of society, even when humanity is struggling against Covid-19. All governments are floundering to safeguard the profits of corporations as millions face dire consequences with almost no assistance. The World Health Organization, which supposedly exists to coordinate responses to health emergencies, is powerless and its guidelines and regulations are being universally ignored.

In such situations, we must demand:

These demands must be raised in addition to the immediate demands for massive relief measures programs that are being already raised by trade unions and other working-class mass organizations in alliance with revolutionary students and youth organizations.