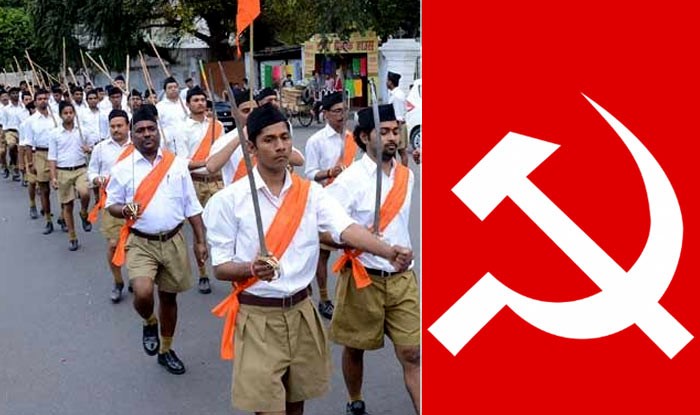 There is a visible transformation in the celebrations and conduct of tradition that can be seen in our local colonies and on the streets that says how religious traditions and festivals are more about flaunting dominance to “you know whom”. The Kanwad yatra, the Mahashivratri, Ramanavami, Ganesh Chaturthi, Durga Puja. How these celebrations have suddenly become the utmost ‘essence’ of “Hindu culture”.  From the past few years, these festivals are being highly aided or funded by religious groups and giving the masses a sense of “identity” and “entitlement”.

The humongous flow of money can be seen by how grand these events are becoming. They are not merely celebrations but events to show dominance. I have never seen a Mahashivratri celebrated for two whole weeks. But now, whole colonies, especially those situated near temples, are decorated and covered with saffron flags. And in the colonies where non-Hindu live, it seems like there is some kind of competition of “flags”.  The local leaders make their presence in their events and show that they are with them. So, there is a link between how political parties use Hindu culture and traditions to make their space without even giving speeches or just by marking their presence and making the people feel like they are with them.

Election campaigning is not the only source of making them visible. They are making these social platforms their stage where they tell people who belong to dominant religion that they can celebrate their festivals the way they want. Now, this clearly gives people the “sense of entitlement”. And even the loud music is allowed. The traffic jams are allowed. Because they have declared “we are with you”. So, their “solidarity” never preaches the mass to be civil to other citizens, especially to non-Hindus. And here comes a great responsibility of state machinery. They have to maintain law and order but also have to make sure that no one from the people of that celebration should be held accountable for any misconduct. We have seen multiple cases of such misconducts during kanwad yatra, Durga Pooja, Ramanavami.

Kunal Vohra’s ‘Longen Folk to go on Pilgrimage’ shows how devotees in these yatras get involved and facilitated by hotel rooms, customised saffron tshirts, tattoo artists’ stalls, eateries and much more. So, this is how faith gets capitalised.

“The Sangh Parivar Wants Unity, But With The Acceptance Of The Division (Caste)”

Bhartiya Janata Party has always been “election ready” and they are trying so hard to spread their venom in two states where communist consciousness is strong, i.e. West Bengal and Kerala.

In upcoming elections, they will make significant changes which is very visible in the way they are playing right now. RSS Shakhas are increasing there rapidly. Their agenda of making every issue about Hindutva is being propagated largely through Whatsapp and on the local level, as the Shakhas are training them heavily to fight against “immigrants” (who came from Bangladesh)

So, common people’s lack of resources is being capitalised as a communal issue. If they don’t have enough housing facilities, they put blame on Bangladeshi Muslims. This division has always been there but the way BJP is playing “divide and rule” is going to change West Bengal forever.

West Bengal has never been obsessed with Ramanavami like they are with Durga Pujo. But the way Ramanavami and “Jai Shri Ram” has been exported to West Bengal is worrisome.

This North Indian hegemony will take over not only the authenticity of such a multicultural state but also, the political consciousness of the people of West Bengal.

The current capitalist system is a mixed version of western capitalism and Manusmriti’s “code of conduct”. Post-globalization era was a cultural shock for many oppressed castes as it couldn’t provide them the space which they required. The rich and upper middle class may have upgraded their living standard, but the socio-economic gap between them has broadened after globalization. There is no way caste can survive in the competitive capital market. The globalized market is more competitive than the classical capital market that Marx analyzed.

Globalization can be seen as shifting of Dalit-Bahujan labour from feudal agrarian society to low paid income private jobs with extremely poor working conditions and that too, with no financial security.

It takes generations to upgrade the living standard of the oppressed community. And post-1990, it slowed down in a distressful manner.

And talking about the social agenda of the largest religious organisation masquerading as an NGO, the Sangh Parivar and its sister organisations in rural areas propagated the idea of “Hindi” as their national language. Here comes their agenda of keeping the lower caste people away from the free market. They have been excluded from the learning of English so that they can’t compete with other privileged middle and upper middle class and upper caste youth. In this way, they accomplish their goal of keeping that “code of conduct” intact with the co-existence of capitalism.

How Kerala Is Resisting

When it comes to Kerala, most news coverage we see is about tussle between communist organisations and the RSS, mainly focusing on the former’s attacks on the latter. But in real, the number of political killings is equal on both sides. Because this is more about revenge than ideology. RSS use their funds to financially assist the families of those activists who lose their lives in these tussles in order to make them loyal to the RSS. This way, even if a family loses their child, they remain loyal and even give their other children for the RSS’s cause. They receive lakhs of rupees when their son dies as an activist. In this way, the RSS is trying hard to bribe the communist state’s consciousness because traditionally Kerala has had high literacy and unlike our ‘mainland’ states, Kerala is not divided in ghettos of marginalised communities. Keralites have also seen the least number of communal riots and their literacy deters them to an extent to get cozy with the idea of “Hindu Rashtra”.

Additionally, as an example, when a big crisis like the Kerala floods, comradeship of the communists emerged in such a way that was no match for any other ‘swayamsevak sangathan’. Center didn’t even bother to provide proper aid during that crisis. As a result, people realized to an extent why the communist ideology is very much necessary for their survival.

[Originally published in The Truth: Platform for Radical Voices of The Working Class (Issue 8 / December 2020)]